This weekend, I was fortunate enough to get an invite from Stacy of Paleo Parents to go berry pickin’ with a fun group including The Domestic Man and VA is for Hunter-Gatherers. While I had been fortunate enough to visit with Stacy, Matt, and their 3 sweet boys before this weekend, I had not yet met the other local bloggers in person (despite following them both).  So needless to say I was pretty revved to meet and mingle with other like-minded people as most of my neighborhood pals think of me as some weird foodie who is always concocting something random (ok so maybe it’s not that far from the truth).

We drove an hour from home to Larriland Farms in Maryland and had our pick of blueberries, strawberries, and spinach. The kids had a blast picking strawberries and despite needing a tutorial from Russ (The Domestic Man), we finally *mostly* mastered spinach picking too. It sure looks different than the organic baby spinach we buy trimmed and washed from the store! It was a good lesson to say the least. I really enjoyed meeting Brent and Heather of VA is for Hunter-Gatherers and was taken aback by their kindness to take our 3 kids down to feed the llamas and goats as if we were all old friends. It was a great day and a feel-good few hours.

So after reveling in the day’s events, I realized that I had absolutely zero plan for my freshly picked produce. I realize I didn’t really HAVE to make anything fancy, but I always have fun experimenting – it’s like a lil project. So as I stared down at those big leafy greens, it came to me….Spinach + Sweet Potato Crispy Gnocchi!!! So this is my own take on gnocchi, I tried out a few different methods and in the end this one worked best! 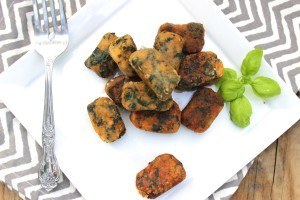 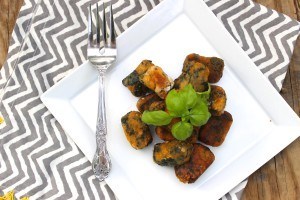 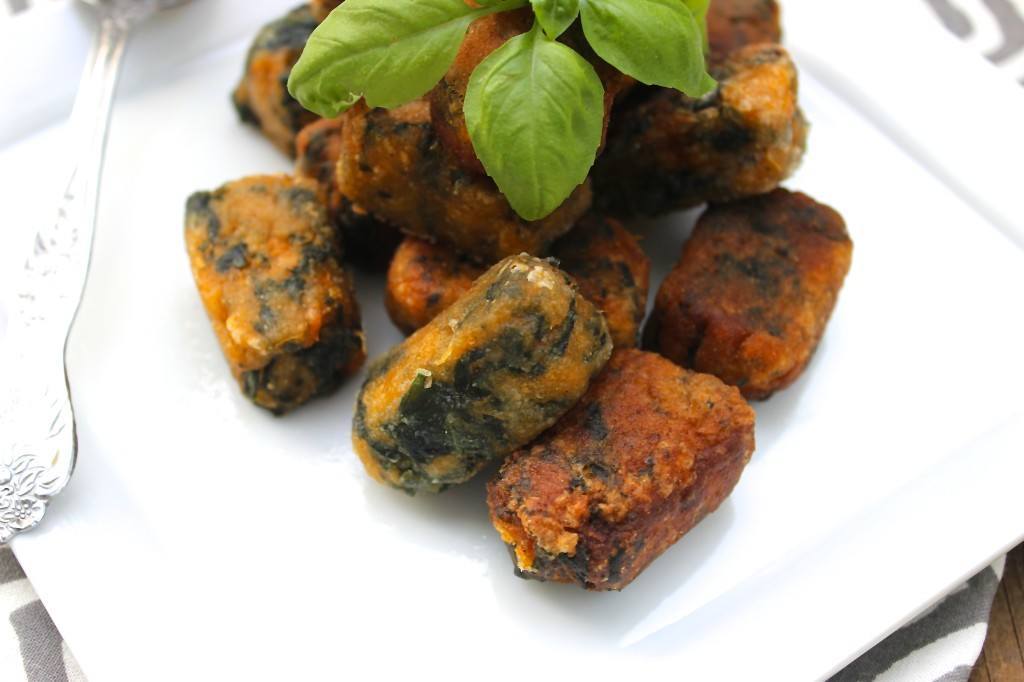