I remember when I was younger going to fancy restaurants with my parents and watching them make Bananas Foster tableside.  I was much less interested in the dessert than I was the fire inches from my face, but then again I was just a kid with a fire obsession. Totally kidding, sorta.
These days I am much more impressed with actual culinary skill and the ability to make those delicious treats a little friendlier to the system.  Generally speaking, I like to keep my carb intake on the lower side, and my refined sugar intake basically nil.  So treats are treats, not for everyday, and when they are made, I use better sweetening options.
So back to this bananas foster. There are only THREE tablespoons of coconut palm sugar in the entire dish, which can be easily split between 4 people.  And instead of ice cream, I used whipped cream made from coconut cream. This was super quick, incredibly easy and even classy enough to feed to people who don’t live with you! 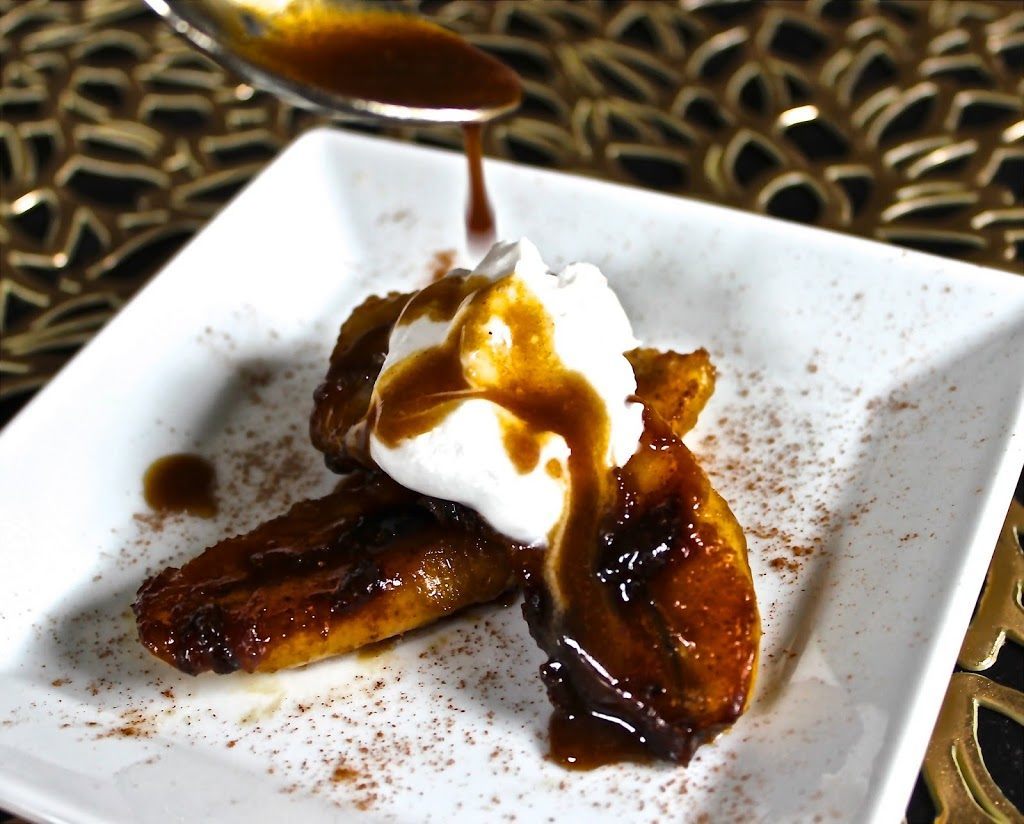 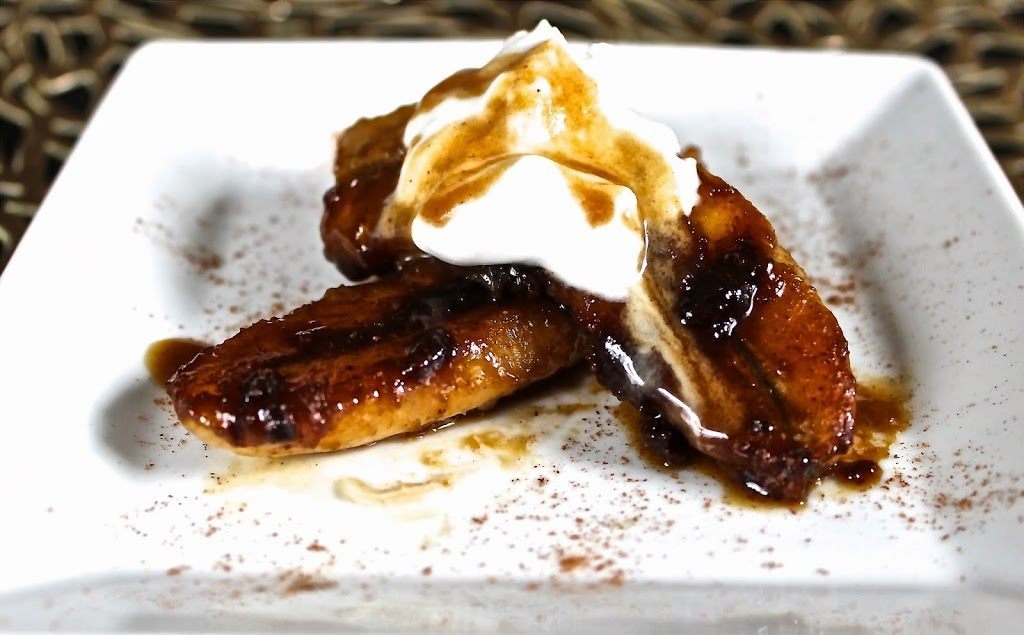