Welp, it’s still hotter than Hades here without A/C but I love y’all THIIIIIIIIIS much that I decided to make you a treat. It surely won’t make my house cool down but if it brings a few smiles then what the hey!?

I asked y’all if you wanted crepes or brownies and although I was tempted to make both, it’s just too dang  hot so I had to pick one and it was brownies. Now before you crepe fans tell me that it’s cooler to use the stovetop to make crepes than it is to use the oven to make brownies, I’ll have you know I made these in the toaster oven. I am that desperate. Oh yes I am.

Well anyway the brownies got made, the nutella got spread, and the bacon got sprinkled. And lemmetellyouwhat, it was worth the schvitzing because these are freakin’ awesome. And by freakin’ awesome I mean they just became their own food group. Relax y’all, that was a joke. I still be eatin’ my veggies.

What? You want me to cut to the chase. Ok fine, below you will find the recipe. I’ve included a vegan option and you can make them both nut free if you omit the “Nutella”  and just make the brownie base. Heck, you can even sprinkle some chocolate chips if you are feeling rowdy! PS both of these versions use Tigernut flour and I did not develop a sub for this flour. 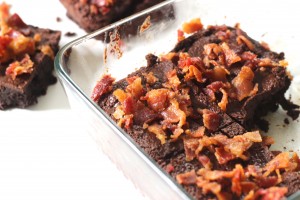 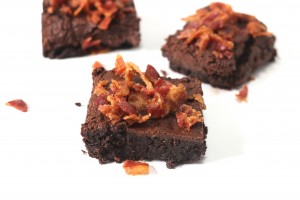 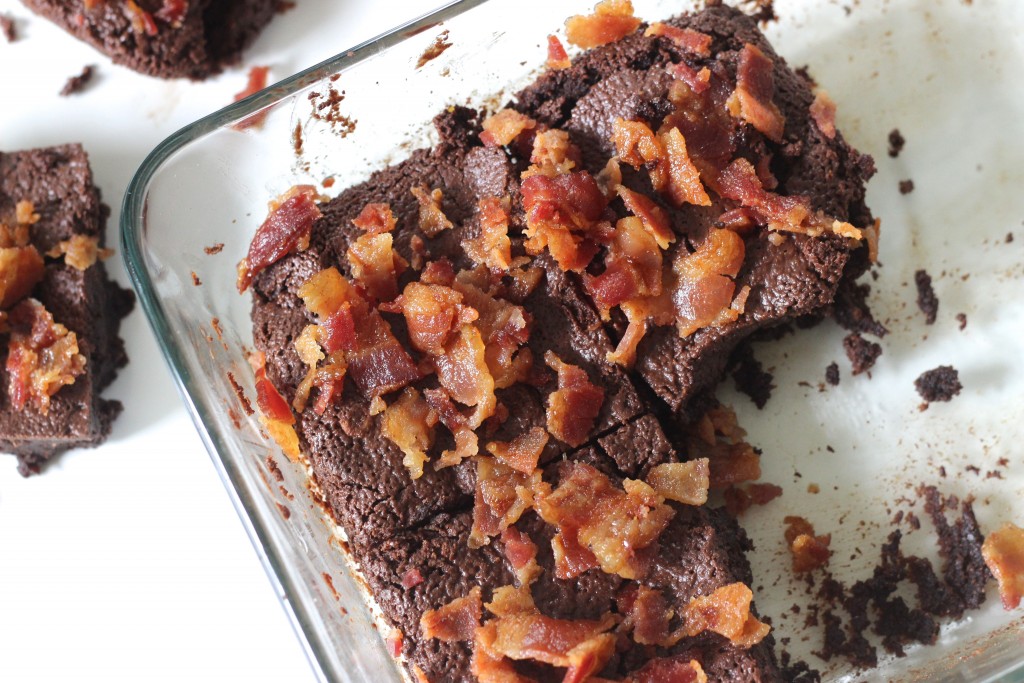