So the other night when zucchini rice and I fell in love, I started thinking about all the possibilities and got giddy. Nobody was gonna SQUASH my plans. Get it?! SQUASH! Alright, anyway, I was daydreaming away and before I knew it a new day arrived and I had a plan! Paleo Asian Fried Rice (Non-Cauli) was happening!

I wanted to make it the traditional way, which I am sure is really not at all traditional! But the kind I had growing up in Chinese American restaurants with the peas and the onion, and the egg and the salty soy sauce. Only I was obvi gonna have to make it the healthier way!

To be honest, I hate the way I feel after eating real rice – bloaty and overstuffed, not to mention I get other symptoms from cross-reactivity. After eating this I couldn’t believe how light and clean I felt! It really was a great feeling to feel as if I had eaten fried rice and yet didn’t have the consequences! So without further ado…. 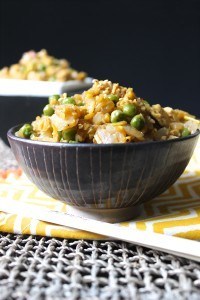 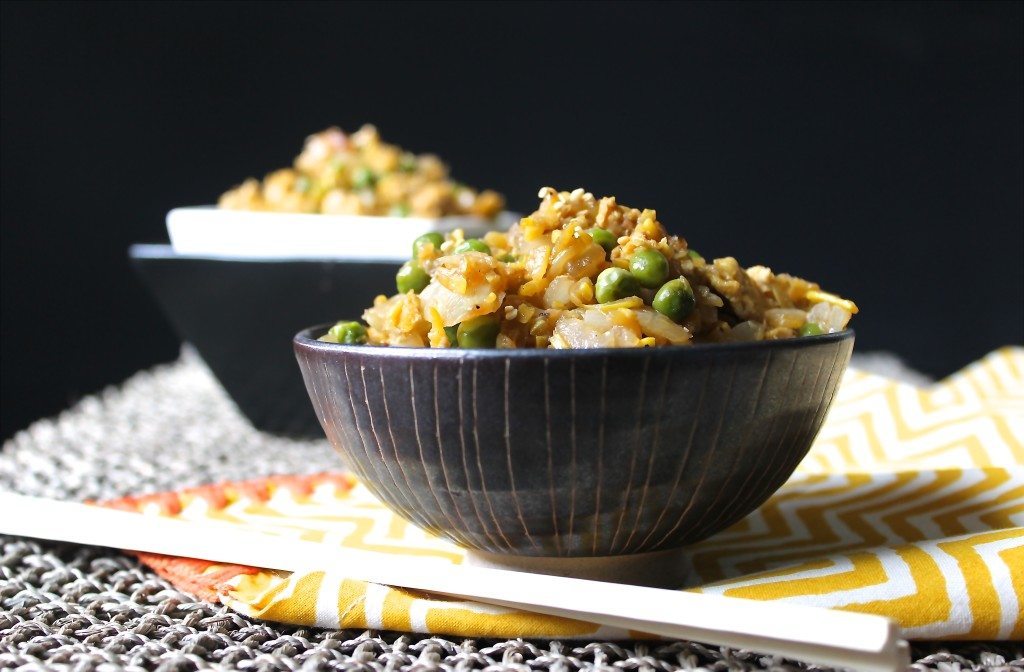