A blast from my Southern past, this Paleo Brisket and Cornbread Casserole (minus the paleo part) was a recipe I grew up eating and adoring! 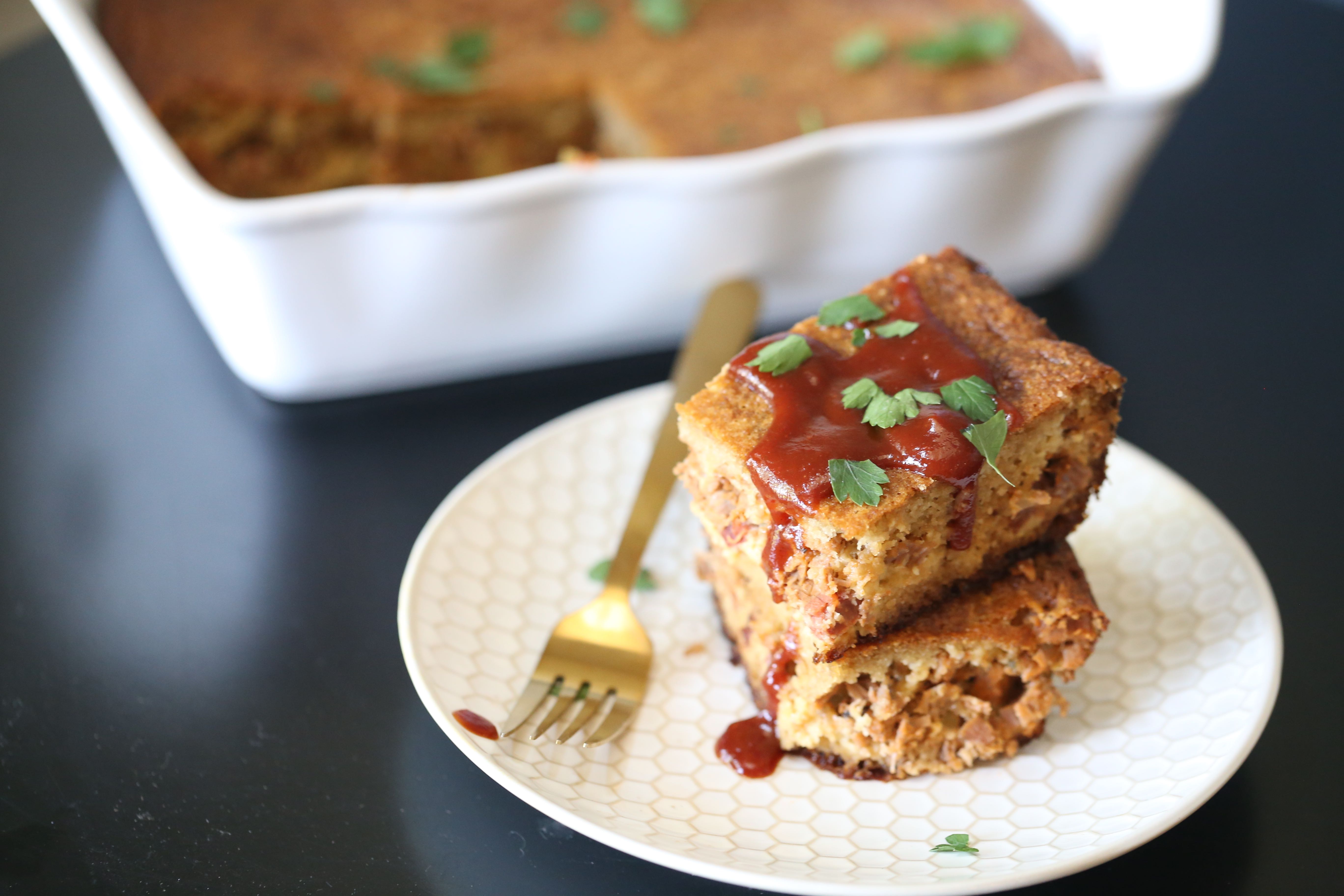 Every region has “those” recipes that not everyone else in the country totally understands. I am fully prepared for the fact that not everyone will cherish this recipe as much as I do, but like a parent often says to a child, “JUST TRY IT!”

A dear childhood friend (also my godsister) and I were recently reminiscing about our childhood and with that came a flood of memories I have not visited in so many years, if ever! We chatted about the overabundance of wicker furniture at her grandparents’ house and how much simpler the times were in the 80s as compared to the days of now. 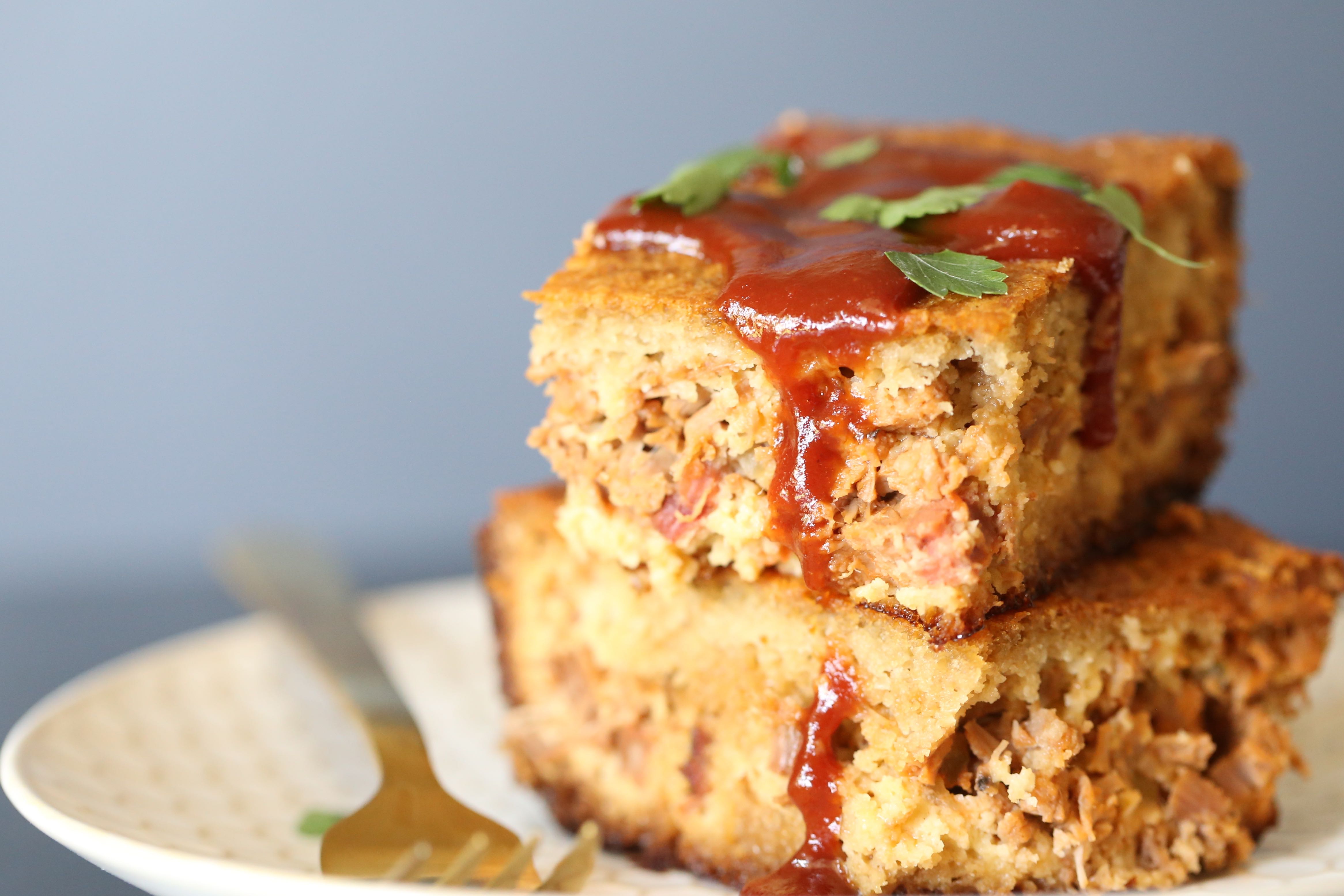 And later, after the memories had all sank in and the giggles settled, I also remembered this recipe her mom used to make. So last night I asked my mom if she might be able to get it for me and lo and behold, there it was on an actual recipe card in her house. I could almost smell it baking as she texted me the recipe cards and knew I had to recreate it. If you have my first cookbook, Down South Paleo, you know I take Southern food real seriously and this dish here does not disappoint!

Casseroles are such comfort food for me and this one is SO Texas I can’t even stand it, and I mean that in the best way. Because as a 4 generation Texan, I take that sh*t real seriously. Casseroles, humidity, pies, bluebonnets, BBQ and ranch dressing are not to be joked about. Nevermind queso, but we’ll leave that for another post. 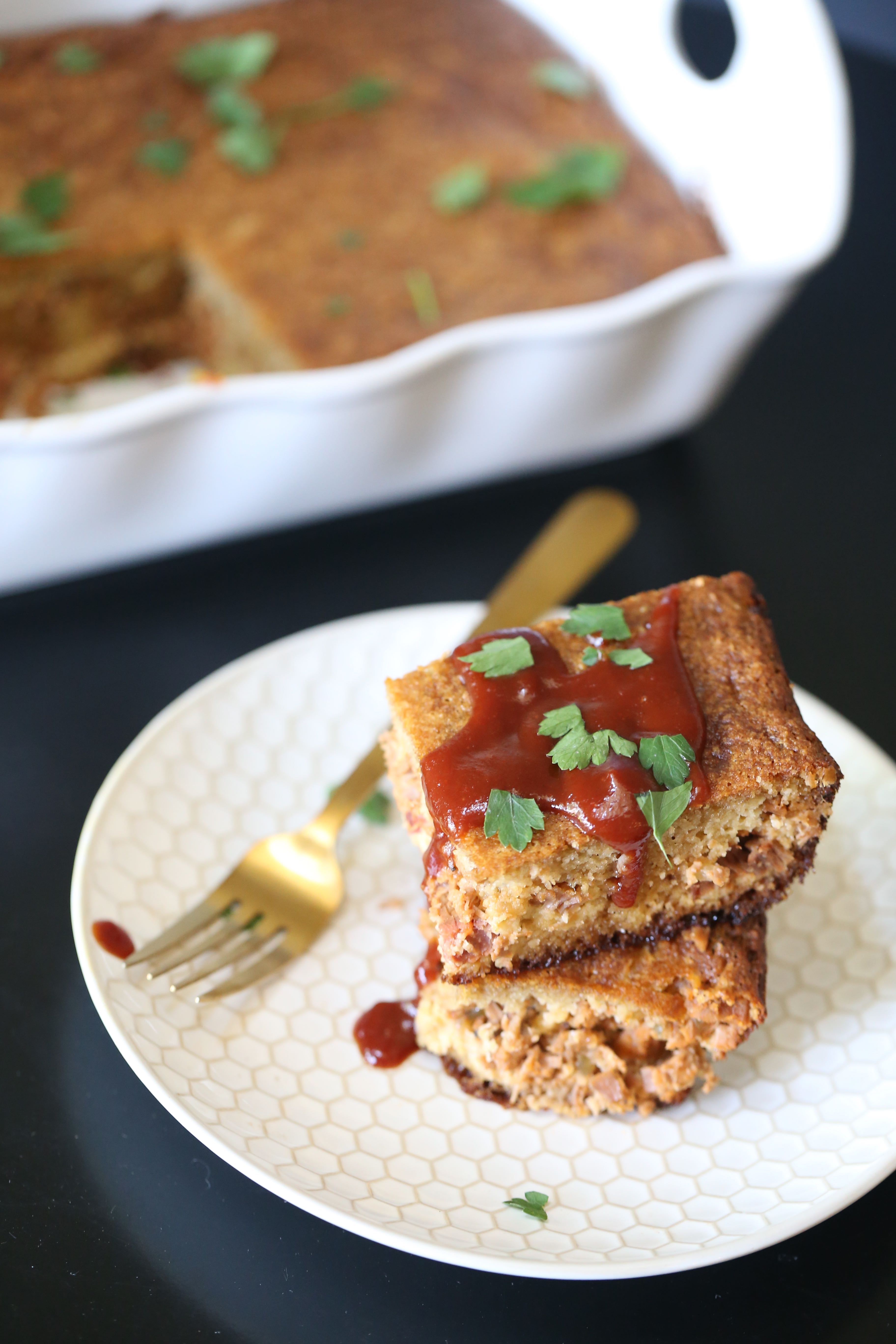 This Paleo Brisket Cornbread Casserole is obviously made without corn, or the devil’s grain, as I like to call it, but it sure packs all that homemade goodness into one spiffy casserole dish. I hope you’ll enjoy it as much as I do y’all! And if you do, you can thank Kandie for passing it down, and Kameron for helping remind me just how good it is! 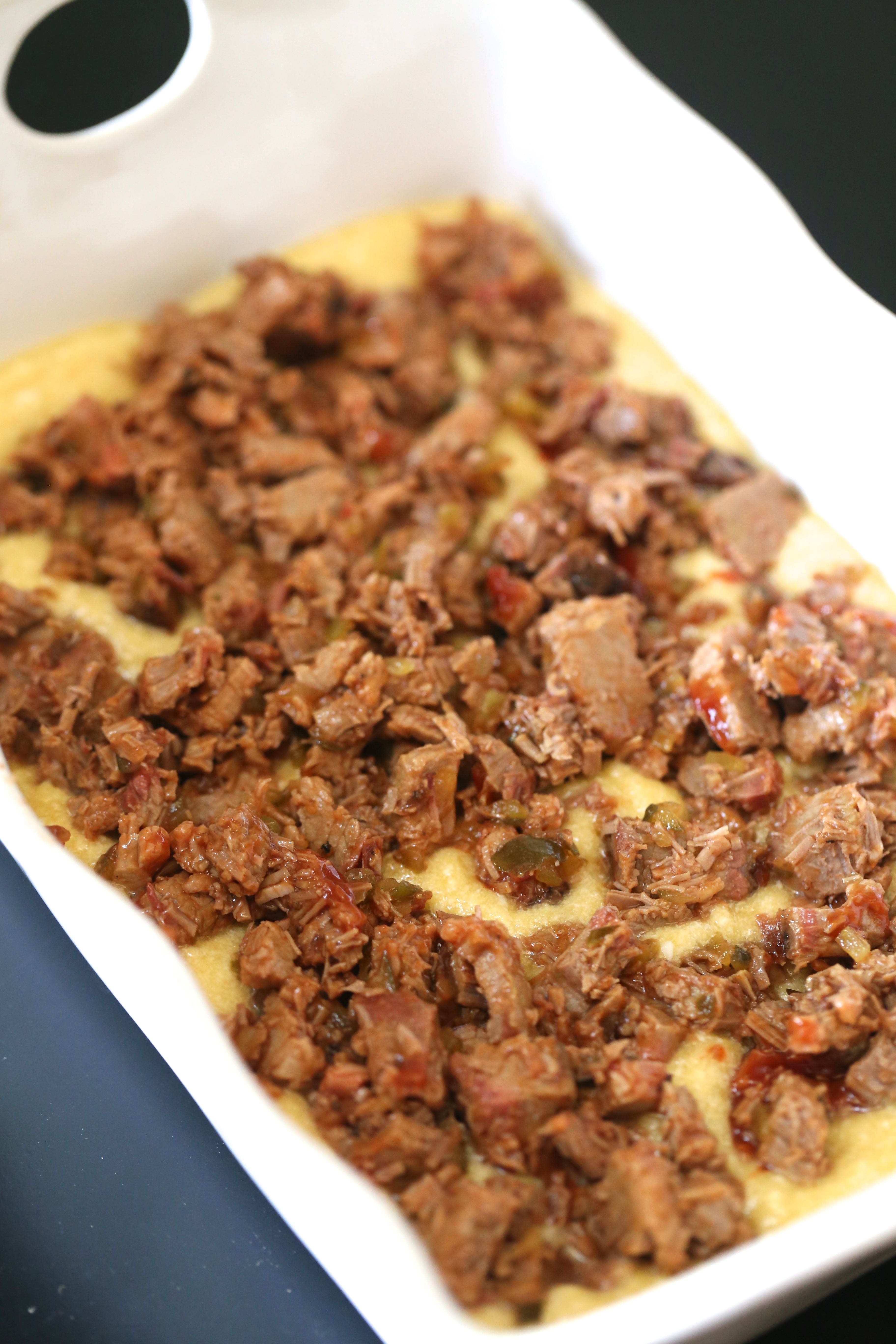 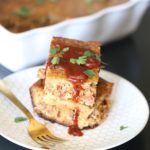 For the Brisket filling: 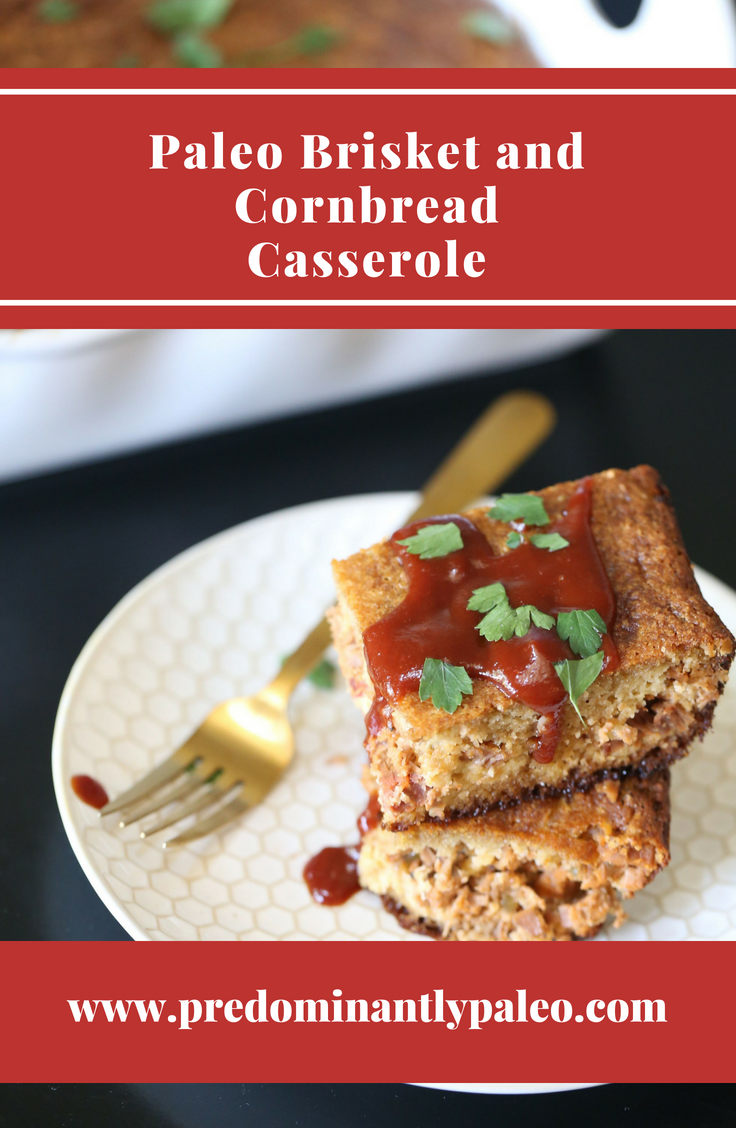