I’m not much of a secret keeper when it comes to my own healing journey, it’s true. So in the name of transparency, I want to share just how Zoloft saved my life, and it’s not how you think. 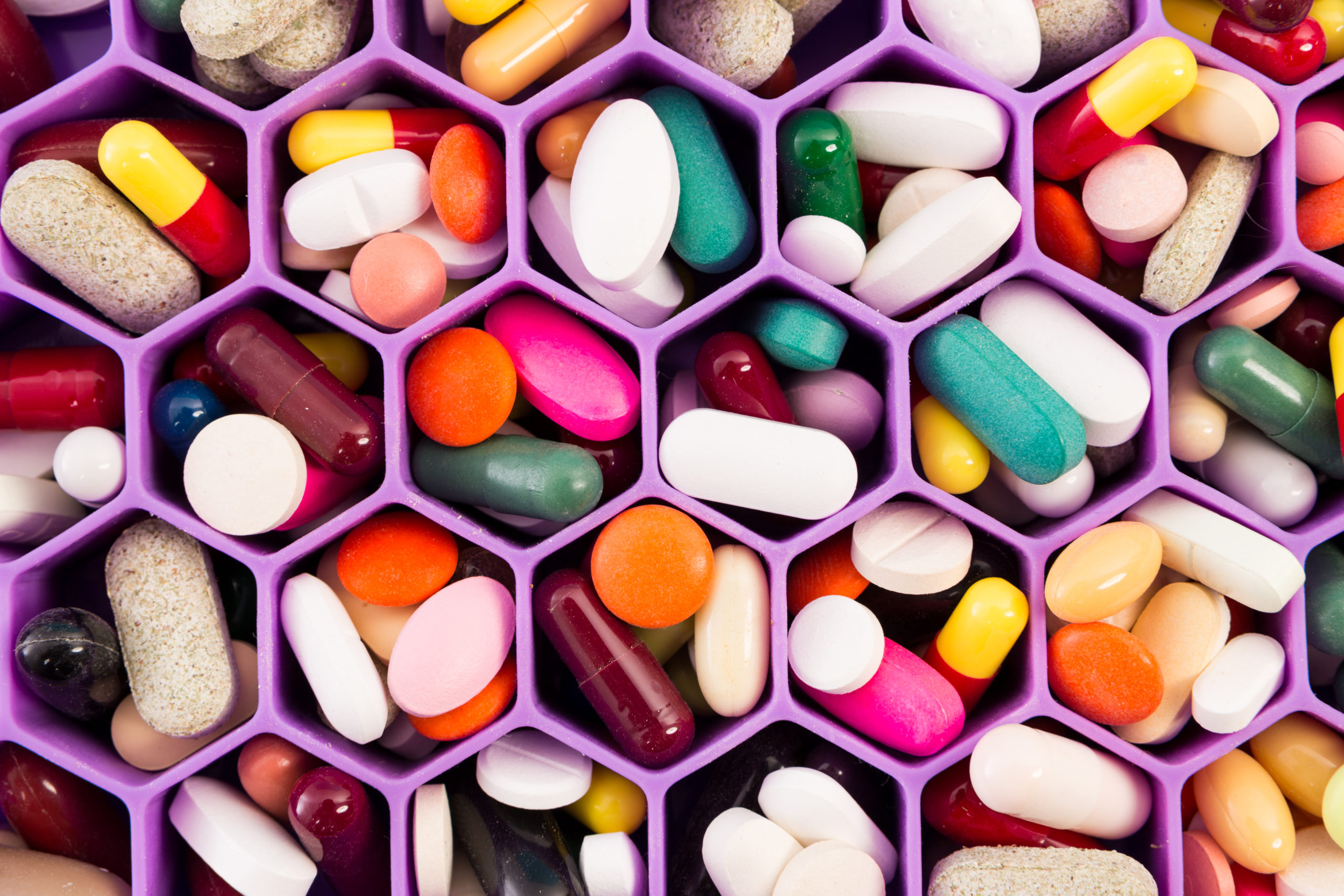 Seventeen years ago I suffered from debilitating panic attacks. They were so intrusive, they prevented my ability to sleep, eat regularly, and go to work. I was working for two abusive bosses, was getting ready to move overseas (and out of Texas for the first time in my life), and my world was spinning.

After dropping to 102 pounds, resisting medication for FIVE MONTHS of suffering, and otherwise not functioning like a normal person, I caved. And by caved, I mean I finally sought medical help to adjust the chemicals in my brain. I didn’t find shame in doing so, and I fully supported family members who had taken medication for anxiety and depression; I just thought I could heal on my own. I couldn’t. 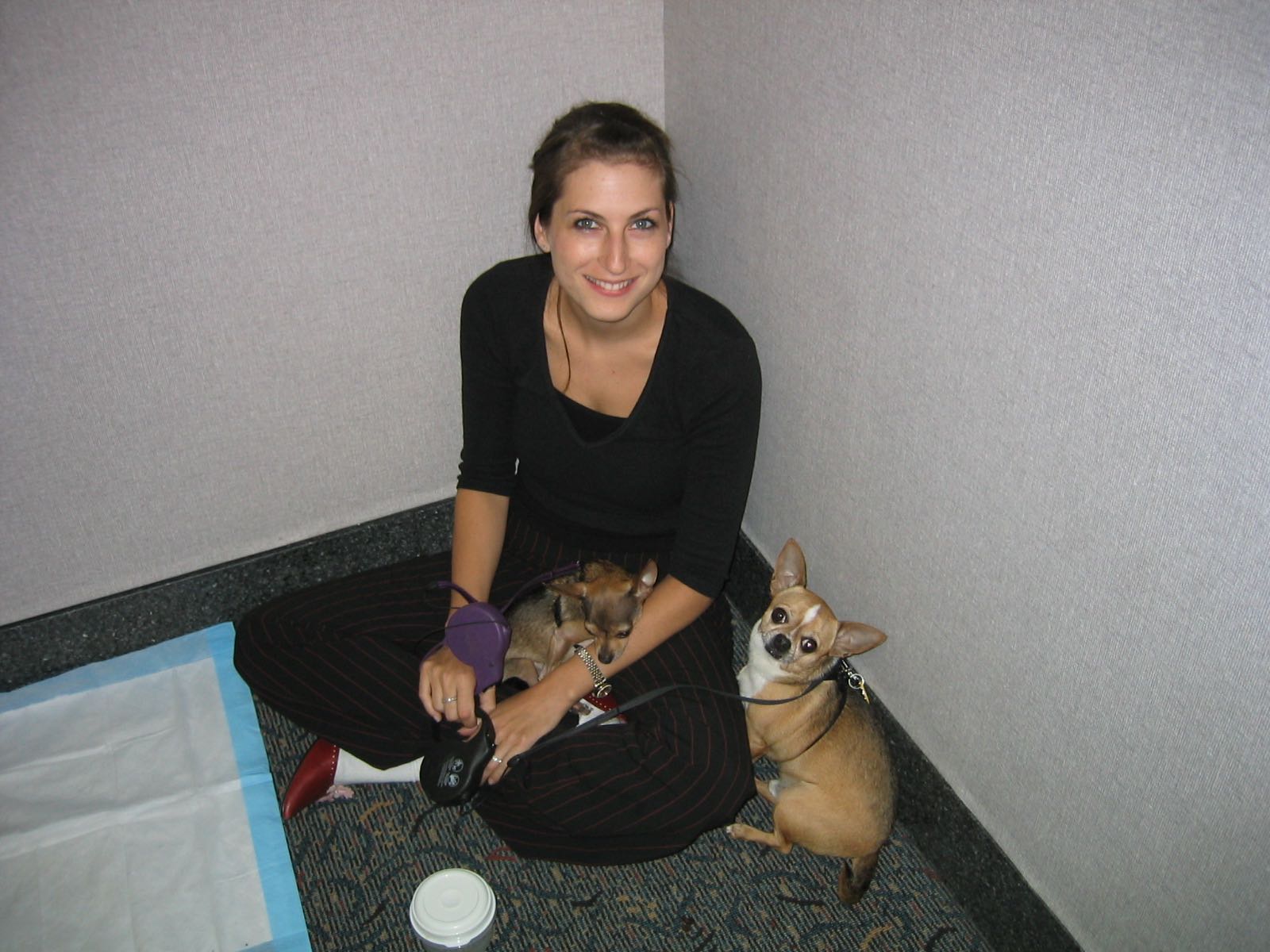 On our way to Germany, unable to regularly eat because of incessant panic attacks, but starting to feel better on medication

I ended up taking Paxil for 8 months while I transitioned to my new life in Germany. I didn’t feel myself on it, but it helped dampen the panic attacks to the point that I was able to travel, find gainful employment, and even get my master’s degree. When I felt that I had stabilized enough, I weaned off and settled back into life without meds.

Fast forward through a Hashimoto’s diagnosis, post-partum crashes of unknown variety, mold illness round 1, treatment for Lyme + friends, chronic viruses, and an otherwise catastrophe of a health situation. Supplements, antibiotics, energy treatments, acupuncture, reiki, meditation, homeopathics. You name it, I tried it. And ultimately I would make strides and live in periods of “pretty ok,” which was not necessarily AWESOME, but if I could drive, care for my kids, and occasionally do something fun, then it was better than where I had been at my worst.

Then came Winter 2018-19. I was living back in rural Illinois, a place I didn’t love the first time I lived there, and now was there for a 2nd time. The winters are brutal, community was lacking, and I began suffering from mycotoxin poisoning. The first year and a half I was mostly functional: attending my son’s gymnastics meets out of town, driving him 5 days a week to practices, getting the girls off to school and to their scout meetings as well as making dinner, running my businesses, and accomplishing a handful of personal and professional goals I made for myself. The 2nd winter though came with intensified flares, full body bone pain, months spent in bed, and little to no freedom of functioning.

This was not living. 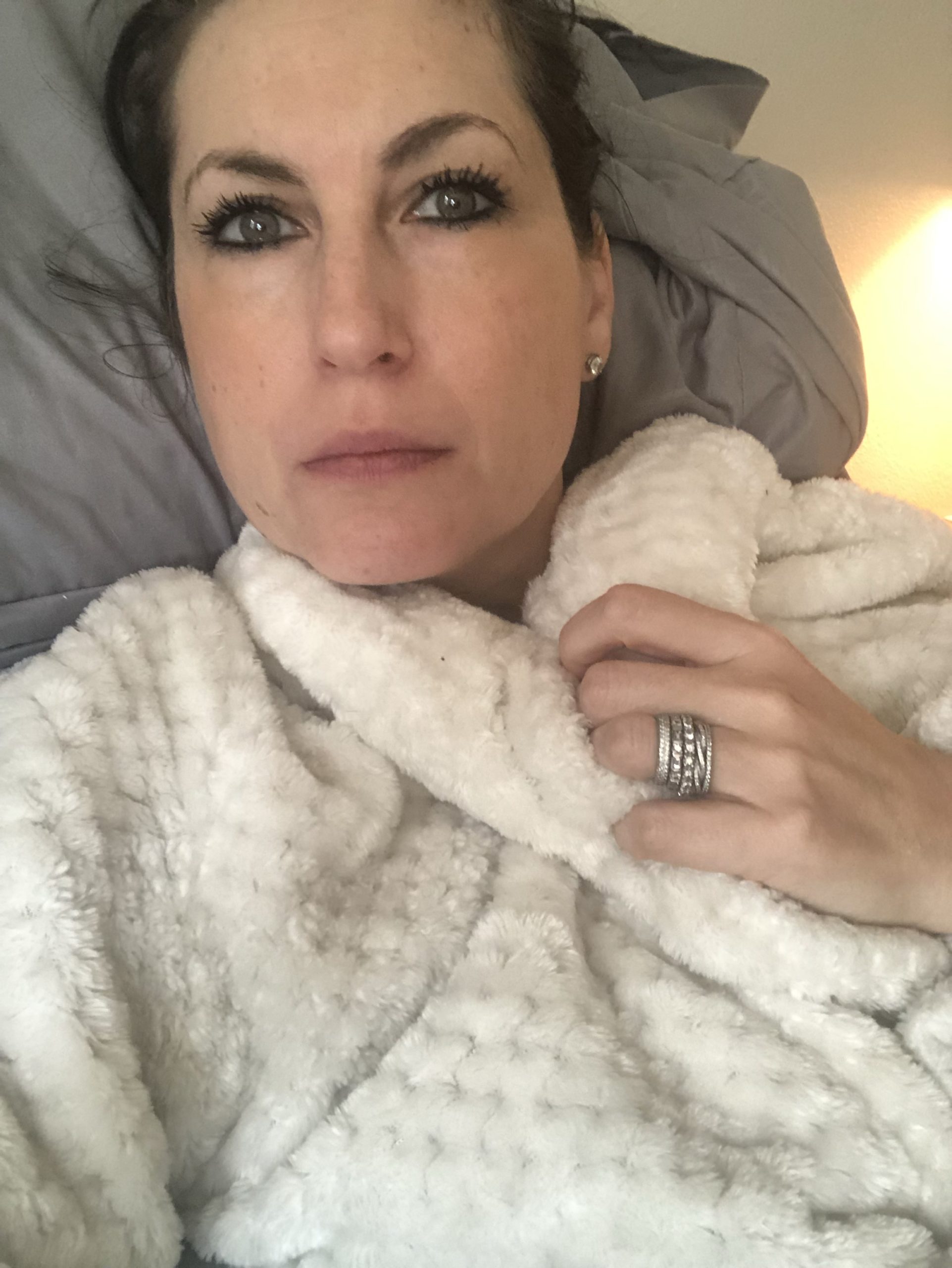 Spending LOTS of time in bed in Illinois. Face puffy, feeling like death (but yes obviously with mascara)

Upon discovering that we were in fact dealing with biotoxin/mycotoxin illness, I pulled out all the stops. I was taking approximately 18-20 daily supplements, removed all the carpeting from the house (the mold was in the HVAC, blowing spores onto porous materials), had the ducts and HVAC professionally cleaned, washed everything in the house that was washable, and used naturally derived products known to help with mold and mycotoxins. I had the house and my body tested multiple times via multiple tests. Read more on that experience and everything I learned HERE.

I also saw my acupuncturist, took customized herbs, practiced meditation, upped my nutrition game, and so many more proactive things, I cannot even name them all. 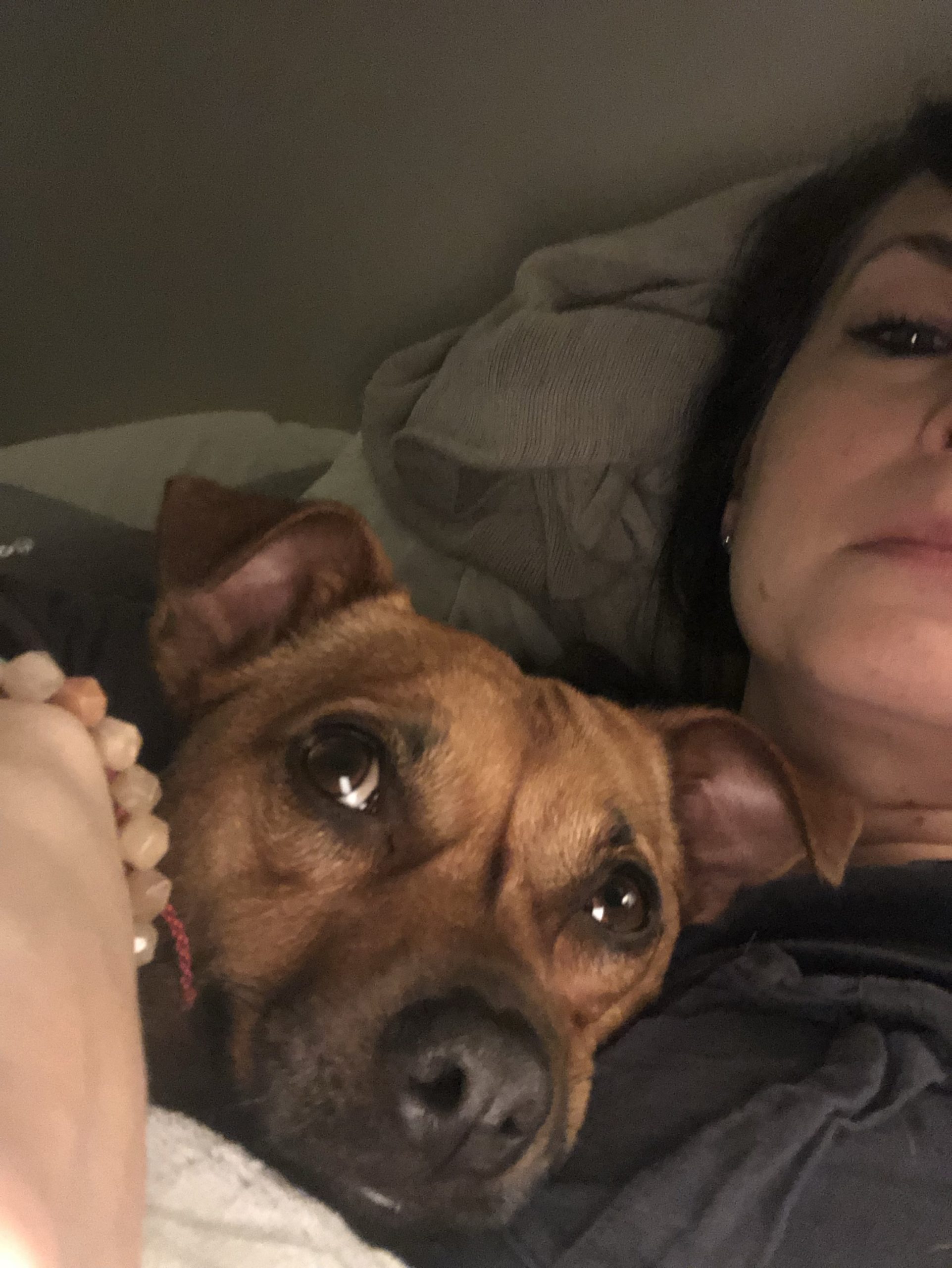 Lots of puppy snuggles and tears. Thanks golly for pups.

Everything I did, even if it helped on a cellular level, did not take away my excruciating pain, weakness, vertigo, migraines, heart palpitations, and central nervous system upset. My symptoms became so debilitating that I began feeling hopeless, anxious, and a scary kind of darkness. I was not suicidal, nor did I ever consider self harm. But as some of you may know, when the physical suffering becomes greater than it feels like your body can bear, your mind can easily lose strength in the fight.

I would tell my husband, “I feel ER sick,” meaning, I felt sick enough to need a hospital but knew there was nothing they could do to help. I know because I had gone once before and even though I explained my symptoms and said I felt like I was dying, there was nothing they could find causing imminent danger. But when I was “ER sick” it meant I had never felt worse, and sometimes I would just sob in pain.

Around April, after a several months of intensified symptoms, I continued my research and work with neuroplasticity, meditation, and brain work. I felt like if there was some way I could really make new neural connections, that I could also help my bone pain and weakness. I started researching the effects of SSRIs (and SSNIs) on pain. I felt like if I could break some of the pain cycle, then I could get on top of some of the other symptoms. That I could then move my body more, go outside once the weather warmed, and hopefully create a shift that could help my meditation and neuroplasticity work more effective.

I have never been against medication. I don’t think medication is the devil, and quite honestly, I rely on laboratory made drugs to support my thyroid everyday since 2009. I also have taken a prescription antiviral periodically for the past several years for my ever reactivating EBV.

Drugs are not the problem. Overuse, abuse, and miseducation about pharmaceuticals are the problem.

As I continued my research, I discovered that by increasing the amount of free floating serotonin in my brain, I may actually be able to break the pain cycle. Just like how Low Dose Naltrexone has been shown to help heal by immune modulation via endorphins, maybe an anti-depressant could help my immune function indirectly. 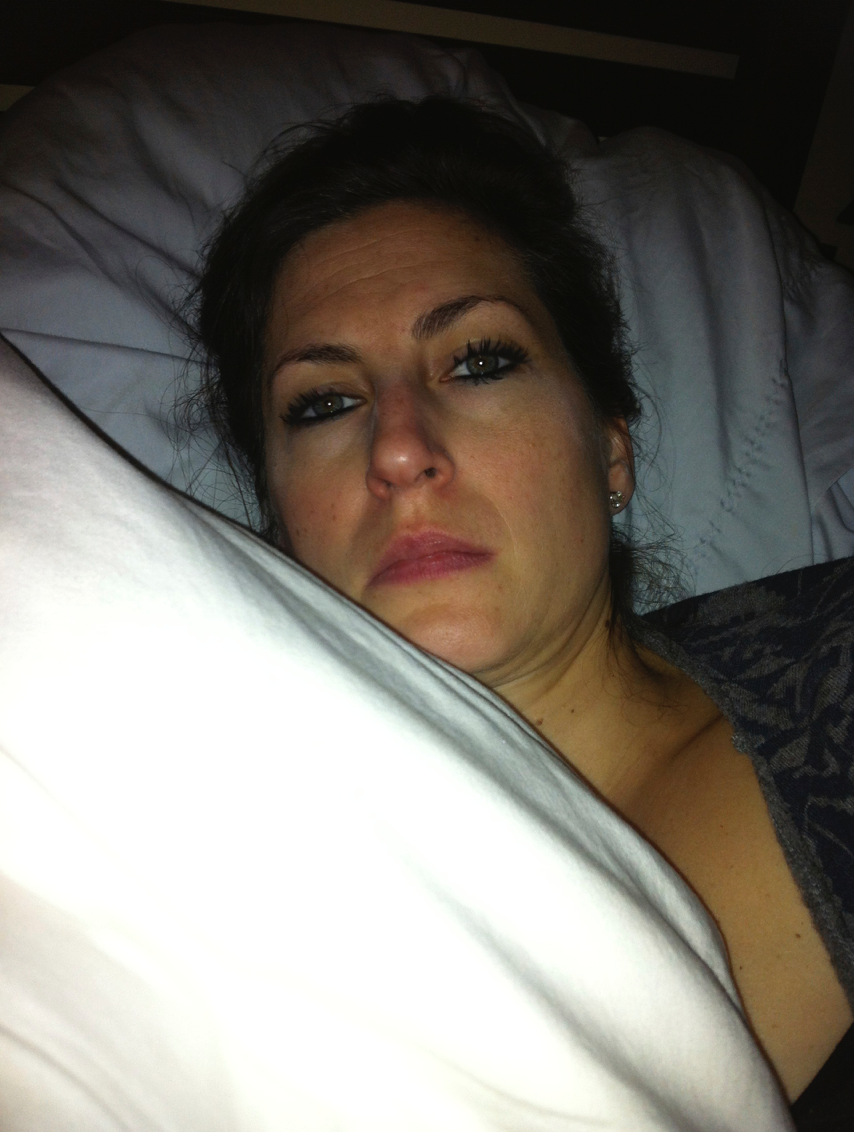 Months upon months of being trapped in my home or bed

Still I was scared to try. It had been 15 years since I had last taken one and it took 3 different meds before I found one I could even remotely tolerate. And even then “tolerate” is to be used loosely here. It helped me function, but I never felt myself, much less GOOD, while on Paxil. I was hesitant, but also curious.

As I mentioned, while testing my home for mold, I also tested my body for mycotoxins. As seen below, I had elevated levels of multiple mycotoxins which, no doubt contributed to my symptoms. I also had other mold related labs drawn in addition to viral markers, which tend to spike or reactivate when my body is in a weakened state. As you can imagine, my labs were a shitshow. 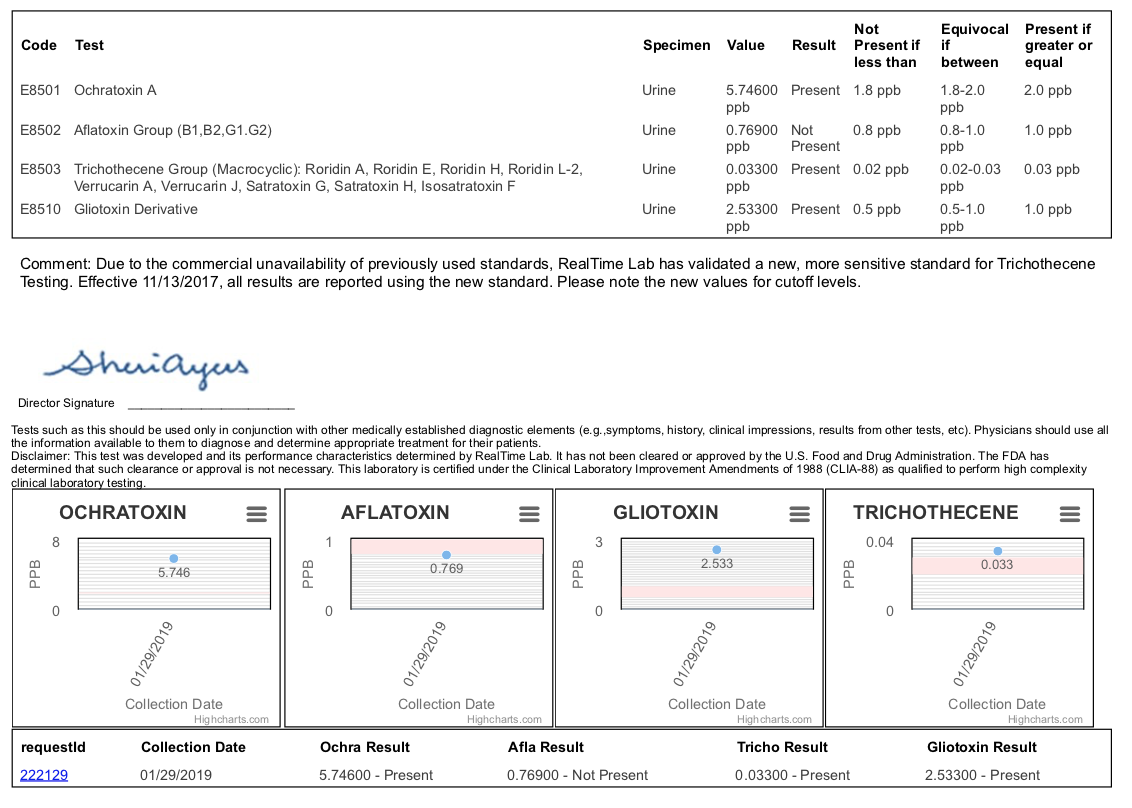 I also had my brain chemicals tested with the help of my friends at Zesty Ginger and the Neurogistics Neuro Focus Panel. I was not experiencing severe symptoms of anxiety or depression before I became exceptionally ill in Illinois. But clearly the effects of mycotoxins, isolation, and other contributing factors had a massive effect on my brain chemistry, not just my physical suffering as you can see below. 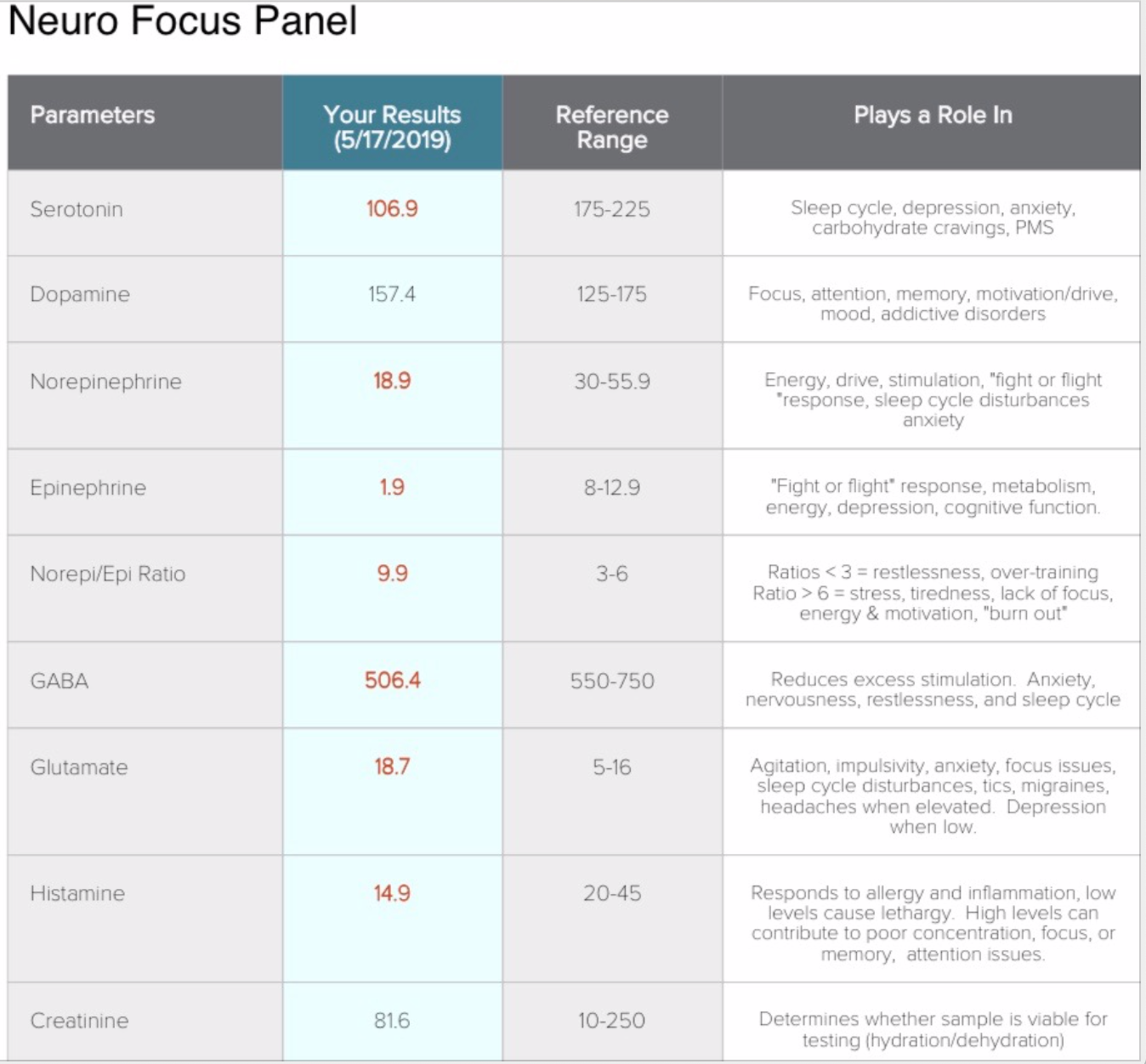 After receiving these results on top of knowing what I already did about my physical state, I decided to give an SSRI a try. If it did not help my physical symptoms, I could simply wean off like I did 15 years ago. While I had a gnawing fear of getting even sicker with side effects, I was out of options at this point. I also had an impending move from Illinois to Tampa and knew that I would be unable to travel THIS sick. Something had to give.

I asked my physician if I could try the lowest dose of Zoloft to see what might happen. She agreed to do a trial run and work with me to watch it unfold. She knows I am sensitive to medication and also that I prefer to keep pharmaceuticals to a minimum. She also uses pharm cautiously and sparingly, so we share a similar philosophy which helps.

I started on the smallest dose, and quartered it. I had zero side effects. I increased it by another 1/4 until I finally reached a full pill. After a few weeks I began to notice a small shift. And interestingly, it was not so much an “emotional” shift as much as it was physical! My bone pain was letting up slightly. My flare symptoms were not keeping me in bed as much. I was able to start driving again regularly. My nervous system symptoms began to calm.

This progression was SLIGHT at first. But as the weeks rolled on, things got BETTER. It actually wasn’t until far after my PHYSICAL symptoms improved, that my mood began to improve as well. Go figure, I felt happier when I wasn’t in excruciating pain.

I am grateful to have a lot of very smart advisors who are friends in the medical field; but because I am in the holistic sphere, many are also anti-pharma, which I understand. I too have had a struggle with how to embrace the fact that food can’t fix all. It can help and it is what helped my initial transition off of massive antibiotics for supposed Lyme and friends, but food is also not the end all be all.

I am still on Zoloft and plan to be until it feels intuitively right to wean, at which time I will discuss with my physician the best strategy as I did 15 years ago. But for now, my physical symptoms remain minimal, my flares are barely a whisper, and my recovery time typically just takes a day or two of rest instead of weeks of immobility. 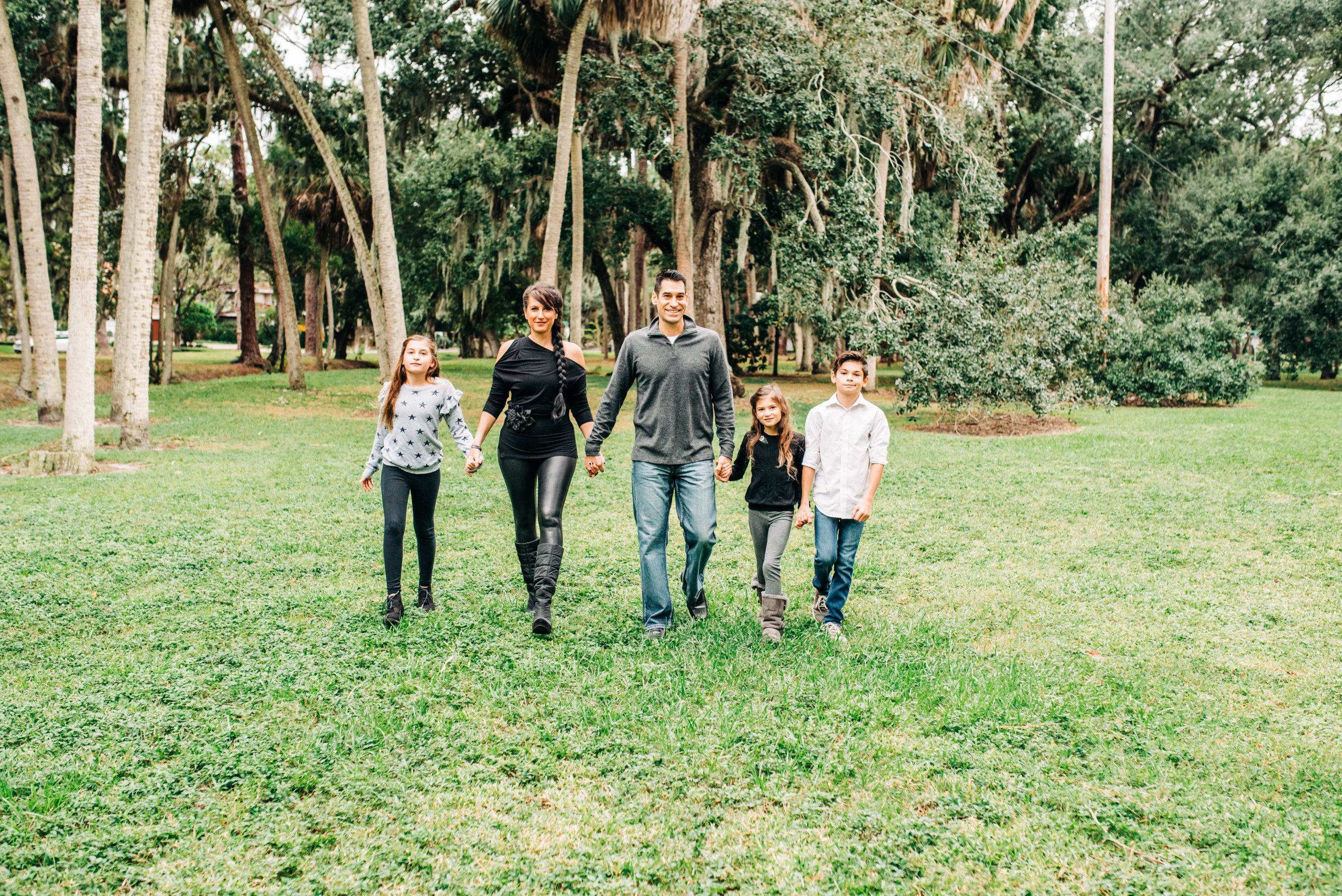 Because of this medication, my work in neuroplasticity and meditation, and supplements to help support my system, I was able to successfully make the move down to Florida with minimal distress. I have been able to join the community here and have made incredible friendships in a short period of time. I have been able to fill my weeks with things that excite me, especially now that I am able to physically do them! And I have been able to hold up commitments where I once had to cancel with great regularity.

I don’t have advice to give. I mean legally I can’t. But I also am not walking your journey, nor are you walking mine. I am not curious about your opinion of this path I’ve chosen and even if you feel negatively about it, that’s your own cross to bear. I am forever grateful that with the power of science and the marriage of meds and meditation (among other things), I have a life back that I recognize as one I love and feel good living. This is my wish for us all.