A few weeks back I shared with y’all a predicament I’ve had 3 winters in a row and an experiment I decided to execute on myself to see if I could help remedy it. You see each December/ January, when the days are short and the holiday stress often runs high, I have found myself with an increase in heart palpitations. For me these palpitations can be anything from skipped beats (PVCs), pounding heart, rapid heart, or fluttery heart. Since becoming ill, I’ve had heart symptoms that come and go, sometimes mildly concerning, other times horrifying. I’ve coped during the more mild episodes and panicked during others.

This winter I realized something which I found rather fascinating – my symptoms peak during those winter months, enough so that I’ve actually visited a cardiologist annually the past 3 years in a row. But this year I stopped to think about that “trend.” Why would they peak during this time? What is it about this time of year that makes my symptoms different than other times of the year. I knew this much – cardiac symptoms can be caused by magnesium deficiency, which high stress type A personalities (ME) can easily have, and this time of year can be especially stressful, but I can easily be stressed year round. I’ve also learned over time that MOST people are at least mildly deficient in magnesium for a host of reasons. Poor soil quality, modern stressors, less than optimal diet all contribute. But that wasn’t all there was to it.

I also realized that during this time of year, Vitamin D absorption is limited (via the sun) so unless you are supplementing, a deficient person is likely to become more deficient. In my case, because of some funky genetic business, I actually cannot supplement with Vitamin D or my 1,25OH drives up way outside the normal range even if my 25OH looks good. So I’ve learned that the only supplementation my body likes is from the sun, which happens primarily in summer.

So if I become more deficient in D in winter (as most non-supplementing people would), why would my magnesium drop too, if that’s what was indeed causing the heart palps?

My hypothesis was this: Since magnesium is needed to help absorb D, if magnesium drops due to stress and poor dietary choices and D drops because of the seasonal swing, I need to up both. I wasn’t worried about whether I got enough calcium, but I did want to make sure I got enough K2 with my D so I got a supplement that included both. 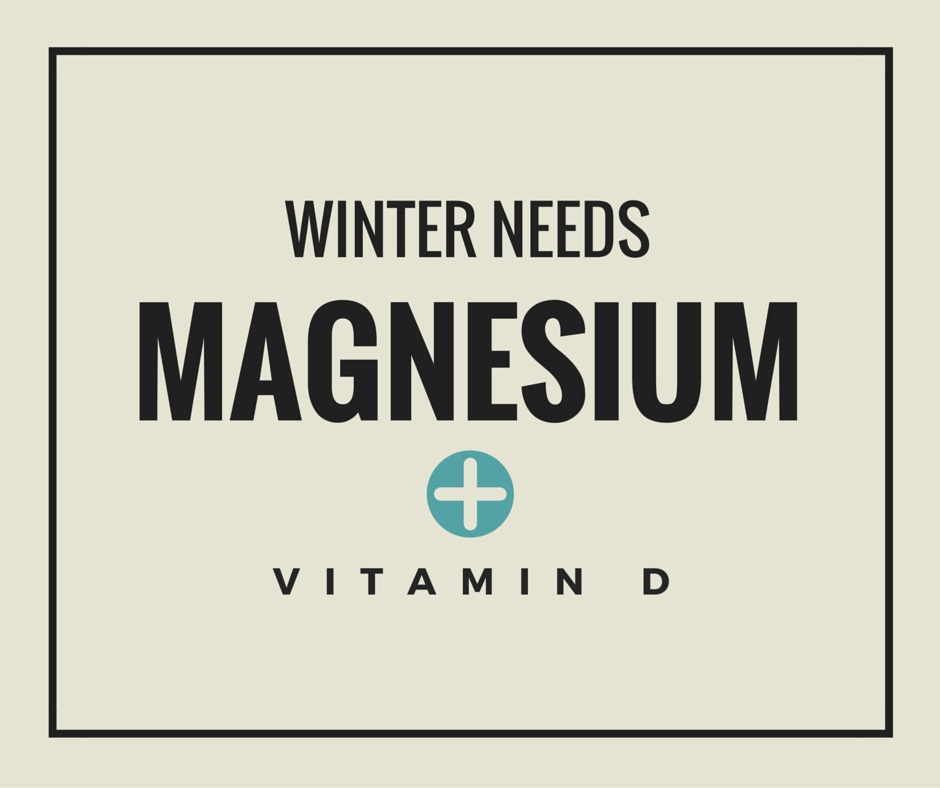 So here’s what I did:

**I intentionally am not including the doses I took because it is not my place to recommend what is appropriate for others. If you are interested in running labs or increasing supplementation, please consult your healthcare practitioner to determine a plan that’s right for you!**