I come from a dairy loving family to say the least. We followed “doctor’s orders” and had a glass of milk on the dinner table every night growing up.  To this day my dad still drinks at least a glass a night of skim milk because “it’s the best choice.” It’s not even an argument I want to get into there – pick your battles as they say!

In addition to our daily milk glass, I have always been a cheese lover…and when I say cheese lover, I mean addict.  In my mind every meal should have it in one form or another. And being a 4th generation Texan, Tex-Mex is the very source of cheesy inspiration I could have survived on for the rest of my life. Except I can’t. In fact, dairy was playing its role in killing me.

I realize this is a rather bold statement and really sounds dramatic to be honest. But it’s true.  Nobody could have loved the stuff more than I did, but as time went on I saw the writing on the wall – the wall being my inflamed brain.

After baby #3, born in 2011, my health crisis hit hard. As the months of illness wore on, I had a list of over 50 symptoms I had journaled, all seemingly unrelated, but I knew better.  I had seen cardiologists, nephrologists, general practitioners, neurologists, chiropractors, acupuncturists, herbalists, ortho molecular doctors, western docs, integrative physicians, and 3 lyme docs. I have taken about every combination of oral antibiotics, anti-parasitics, anti-fungals, anti-virals, vitamins, minerals, homeopathics, herbals, superfoods, essential oils, and so on. In fact, I was so desperate to feel better, I rarely turned down a “treatment protocol” tossed my way.  I have had peptide injections and been blood tested, stool tested, muscle tested, urine tested, saliva tested… I think you get the point.

After a few years of really feeling helpless and often wanting to die, I finally started implementing additional dietary changes.  You see, I had already been gluten free after my diagnosis with Hashimoto’s thyroid disease in 2008 and thought that my lifestyle was relatively healthy, at least compared to most people I knew.  But I kept digging. I looked at veganism, grain free, dairy free, macrobiotic, paleo, primal, and so on.

I decided that primal seemed like a good fit – after all, I had no dairy intolerance right? I had no gastro issues or tummy pains. I have always digested food well to my knowledge. No IBS or anything of that sort.  Yes, primal was my answer.  I could give up the few gluten free grains I still ate but still keep my beloved grass fed heavy cream and cheese.  THIS I could do.

But as the months lingered on, so did the brain swelling, vertigo, heart palps, migraines, emotional lability, and overall neurological deficits.  They would come in “flares” which lasted sometimes upwards of a month, keeping me homebound as I was too sick to even drive.  I was dying and iI knew it. I was scared and often helpless.  Why couldn’t anyone figure out what was wrong with me? Around that time I had even MORE testing done in terms of food sensitivities and I was urged to stop dairy instantly.  I knew it was time, despite my resistance.

I believe what was happening in my body was a combination of many factors. Did I have Lyme? Sure, maybe. Lots of people do and never get this sick. Did I have a combination of leaky gut, other pathogens, and candida overgrowth? Yep, that’s what happens in the chronically ill by default from all the other things getting out of balance. Do I have poor methylation factors and a challenged detox system? You bet. I’m one of those “lucky” ones.

But one fact is certain: I am intolerant to casein.  VERY intolerant. I already knew I was intolerant to gluten but for some reason thought, or at least wished, that I could isolate that sensitivity. But the truth, for my body and many others, is that there is so much cross reactivity with gluten that it usually cannot be isolated as the only sacrifice made.  It was not until I gave up dairy in all forms that I began to finally see a gradual shift towards getting my life back. 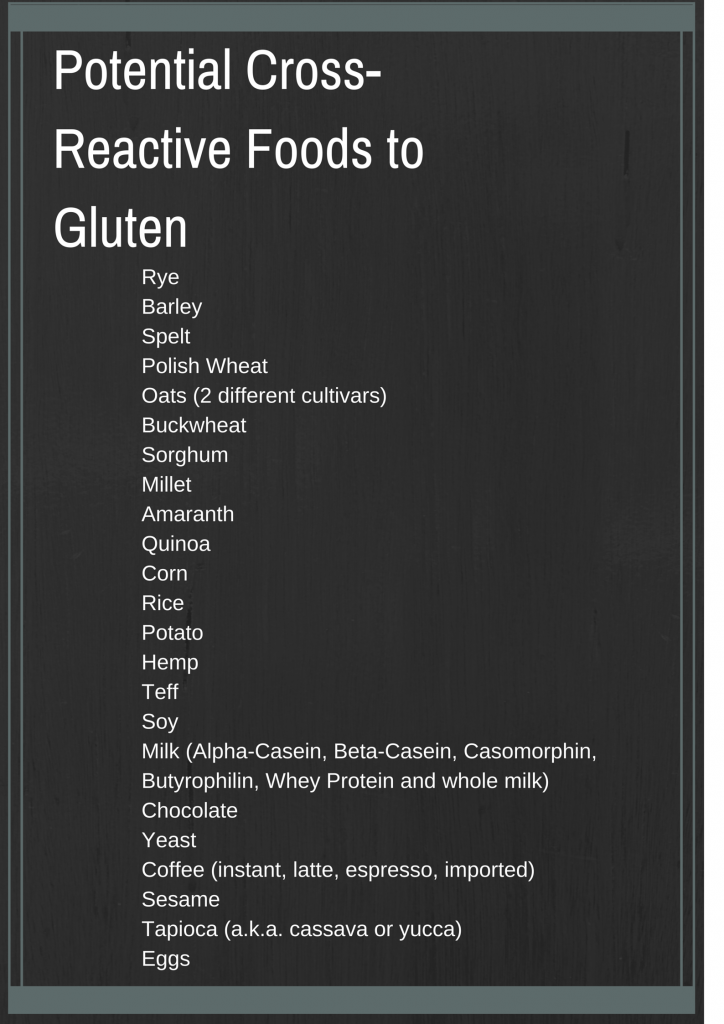 Naturally it is important to note that everyone’s sensitivities can vary. I know quite a few people who can tolerate raw or grass fed dairy and feel great, but they touch a potato and get inflammation. I personally just can’t do dairy, regardless of the quality. I even have to be careful with ghee even though the casein and lactose have been cooked off.

Because of my sensitivities, I have been mindful of my children’s potential issues.  They have each been gluten free since the age of two and have done very well with the adaptation. However, I have two case studies here where that wasn’t enough:

My middle child, eldest daughter, was diagnosed with sleep apnea at age 5. Yes, FIVE. She has never been chronically ill and other than a handful of ear infections as a baby has been healthy, like my other two kids. But when the sleep specialist and ENT both confirmed that her tonsils were so enlarged they were almost “kissing,” I knew there was a problem.  Surgery was suggested and I politely refused. Luckily she wasn’t having recurrent infections, so I took on the task of seeing what I could do at home. I pulled her from all dairy and in less than a month her inflammation was gone.  All of it. No snoring, her tonsils were significantly smaller, and she was sleeping more soundly. This is no coincidence after a year of notable snoring. It took one easy change and almost instantly improved her health and her quality of life.

In the case of my youngest daughter, I had noticed enlarged lymph nodes in her groin and neck since she was fairly young.  Both of my daughters were breastfed and then went on to consume organic grass fed milk and cheese.  I did not notice her lymph nodes when she was breastfed but definitely noted them afterwards. And it was all the time. They were never normal sized and I could see them without even having to palpate.  I brought this up many times to many pediatricians, all who were dismissive and said this can be “normal.” Last I checked enlarged lymph nodes are an immune response – usually to an invader of some sort like a pathogen or ALLERGEN.  Ding ding ding.  After the success I had treating my older daughter, I knew I had to yank dairy from my milk loving baby. Best decision ever. I don’t think it even took two weeks for her inflamed lymph nodes to shrink to normal size.  Case closed.

Does everyone’s immune system respond this way to dairy after being gluten sensitive? Nope. But for my family, this has been the best decision ever. My hope is that I can help in protecting my children from the leaky gut, pathogen ridden, autoimmune road I have traveled by keeping their inflammatory foods to a minimum.  Are we perfect? Nope. Mostly because there is no such thing. Are we extremely cognizant because of my health history? You bet.

If there is any takeaway from this unintentionally very lengthy post, it is not that I believe everyone needs to give up dairy forever and ever. It IS that I think people should really be honest when listening to their bodies. And that it can be very beneficial in listening to your children’s bodies. Ear infections, sinus infections, upper respiratory infections, rashes, lymph node enlargement, enlarged tonsils, behavioral issues are all signs and symptoms that your child might have a dairy sensitivity (or other food issue).

If you’ve read this far, you must have a great attention span. What was meant to be a brief post spiraled out of control. But in the end there is still an important message that I learned and hope to pass on to others who are not feeling their very best….