Paleo Panzanella Bread Salad I’ll be honest with y’all. When I got a request for bread salad I had two thoughts:

After sleuthing around a little bit, I discovered that I do in fact need bread salad, also known as Panzanella, and that I’m guessing you might also. I paired it with another new recipe for Green Goodness Chicken and it was the perfect match! Lots of veggies, good protein, and some healthy fats of course. It is traditionally dressed with olive oil and seasoned with a simple salt and pepper combo. It can use older dried out crusty bread or can use fresher bread that’s been toasted. I, of course, used a fresh baked loaf of Legit Bread but then cubed and toasted it to give it more of a crouton texture for my Paleo Panzanella Bread Salad. It was divine and the perfect warm weather side dish. Plus it had Legit Bread so the kids gobbled it up like it was the Great Depression. It sure is nice having your biggest bread fans live under your roof. It was also nice adding this in as both a starch and a veggie side as simplicity is always a good thing when it comes to dinner time. I hope you’ll love this one as much as we did!
Print 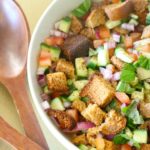 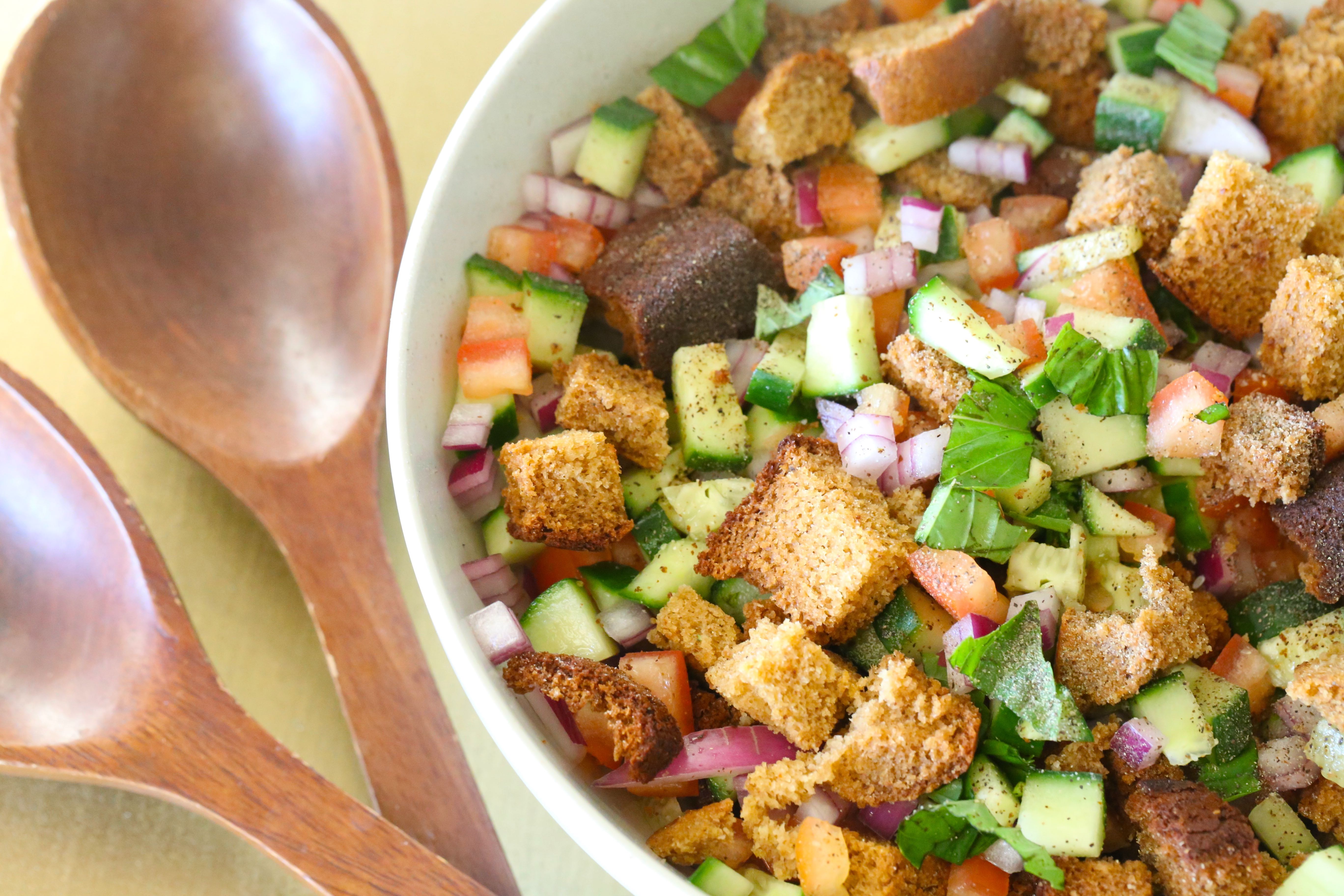 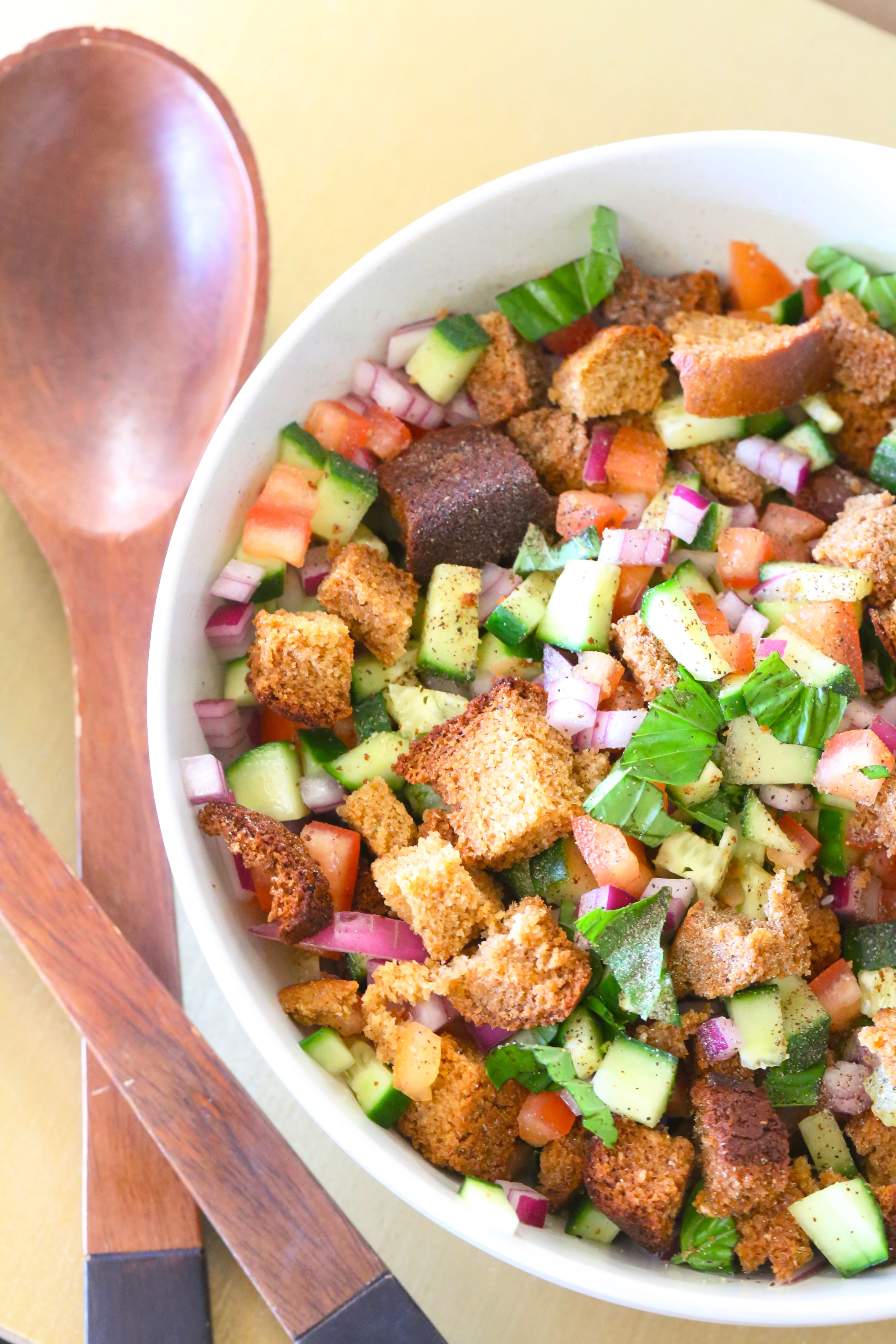